How variable zoning can lead to more precision in agriculture 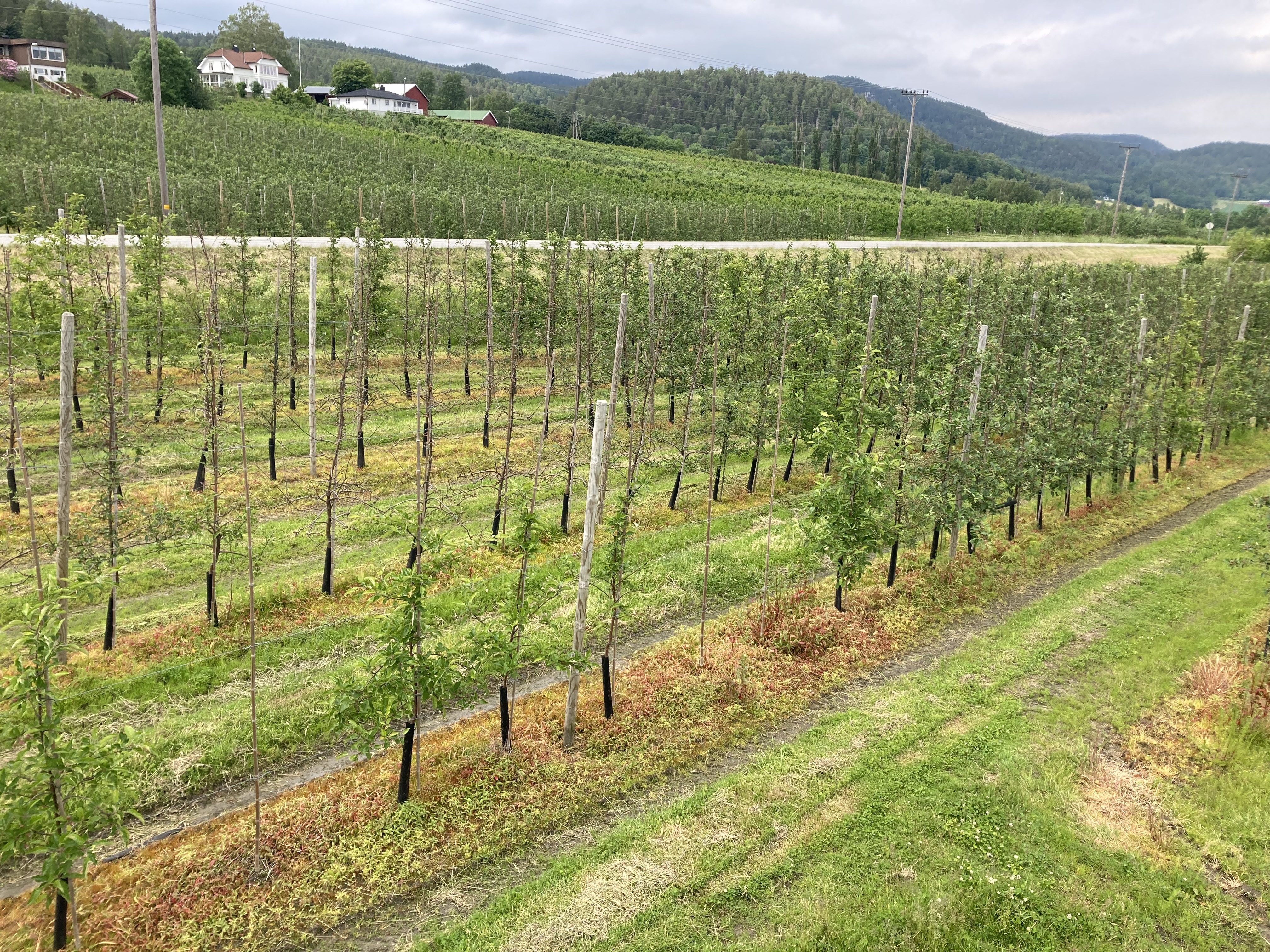 In the beginning of this blog series, I said farmers are already deploying their skills in the field with precision. Yet, as any wise person knows, there is always room for improvement. And if there is one thing that I believe opens up for significant improvements in precision farming, it’s getting variable zones in place.

But it’s more difficult than the sales people normally tell you.

But first, let me explain why I want variable zones. I think this is best illustrated with a few observations from my own farm.

We have an advisory that creates our fertilizer plans based on soil samples. In Norway it has been common practice to do new soil samples every 5th year. And you´d take perhaps 2-3 samples in a 3 hectare field. The values found from the samples are averaged, and then a fertilizer plan for the entire field is created based on the average values. Even if the north end of the field is almost pure sand, and the south end is heavy clay, the same practice would be applied. This just feels wrong from a mathematical point of view.

For tree crops, we sometimes prune the roots to reduce the tree's growth. This is done by pulling a blade behind the tractor, which cuts about half a meter into the ground, cutting off all the roots that reach out in that direction. The variation in growth across the orchard is too hard to judge from the tractor seat, so you can’t really start to lift or lower the blade as you drive. So you end up sitting there in the tractor and cutting off roots on trees which are already weak. Hardly optimal, so this bothers me.

Variable zones are hard to work with

It’s clear what’s needed. Everyone knows how to solve this, and do it better than I have just described. I am sure there are a thousand agtech startups out there that would tell me they’ll fix it for me.

There are two problems that stop me from implementing variable zone maps right now:

To illustrate the first problem, below is a picture of what's called NDVI - normalized difference vegetation index - it just says if there is a lot of or little vegetation. Red means little vegetation, so the algorithm would suggest that the lower left area in this field has less vegetation. This can easily be confirmed with the human eye. The straight-forward suggested action is to increase fertilizer volumes in that area. However, in this particular case, the cause is not nutritional shortage, it is broken drainage piping. The area is simply too wet, and adding additional fertilizer will achieve nothing, but cost money. 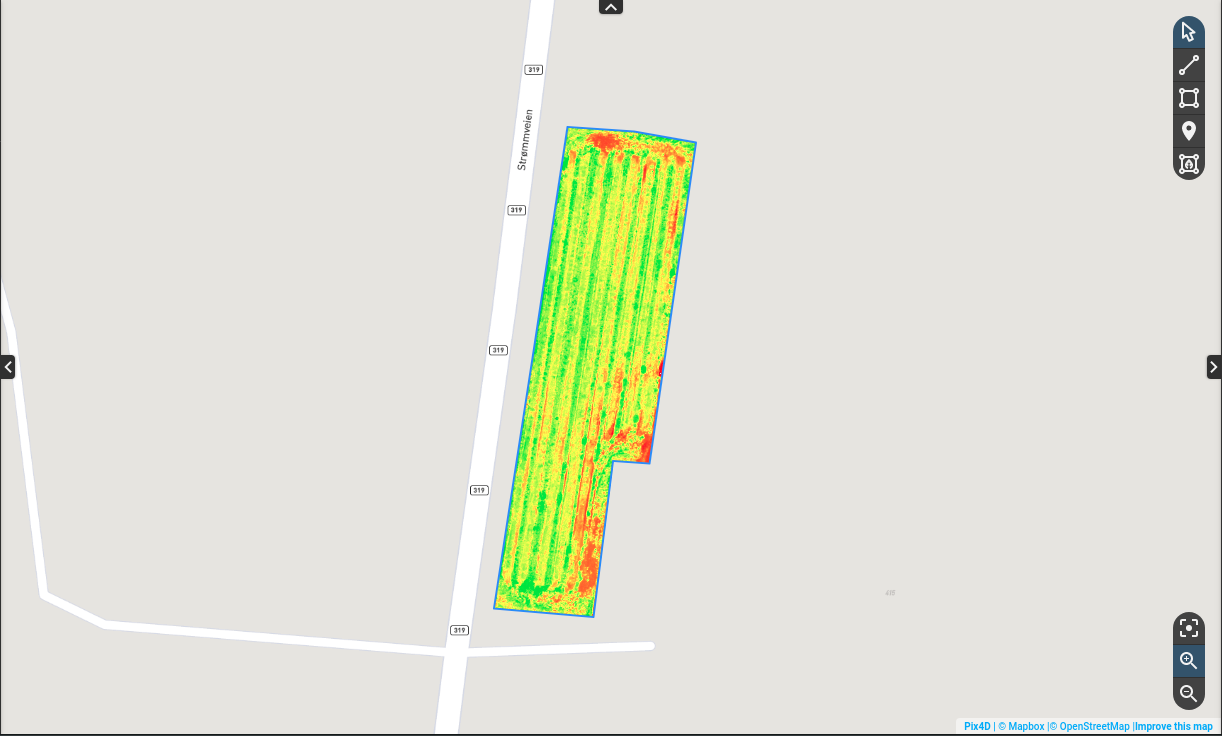 I am simplifying what can be done with technology here. I know there is a lot more than NDVI that can go into creating variable zones, and nobody really says that the farmer’s judgement isn’t necessary anymore. My point is simply that the farmer needs a way to implement such zone maps into their work flows before they can create a real impact. I need to tell this particular map that the red area in the top has a completely different cause from the red area in the bottom left. There needs to be an iterative process, a dialogue, where the farmer can get acquainted with, improve, and take ownership of the farm's own variable zones.

The second problem is that I don’t have machinery to adjust my application rates based on zones. The available control units for this type equipment today would require creating the zones and setting the application rates on a computer, transferring the files to a memory stick, moving this over to the equipment and uploading the files to the control unit. Afterwards, you’d have to move the files back to the computer to get them properly stored in the spray logs. Too complex, too much work, and too many things can go wrong.

In the future though, all of this will be really easy. The farmers will get geospatial data from many sources, and bring them all together as a basis for zone maps. They will verify and discuss the maps with experts and advisors, and decide on actions in the different zones. A click of a button will send the zones to the right equipment, which will execute the job, and automatically document everything when done.

I can’t wait for the end game of variable zones, but in the meantime I find them pretty hard to work with.

This is part seven in a seven-part series on a farmer’s journey to precision agriculture.

Part 1: Precision agriculture isn't what they say it is

Part 3: Reinvent how you gather, organize and use your data

Part 4: Why measuring return on investment per field is still a challenge

Part 6: How to get your orchard future ready? Start automating documentation

Lars Petter Blikom
Hi! I am a fruit and berry farmer, and the founder of Farmable.

Curious on what is going on?